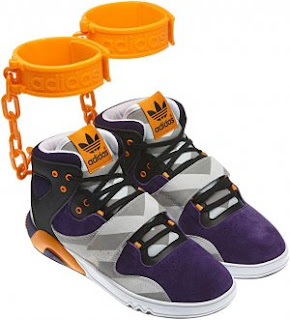 This is the kind of stuff that turns people off to legitimate racist concerns in America. Pick a real battle people.
Posted by Pip at Monday, June 18, 2012 No comments:

don't care who u r COME and dance with me

Long time no post but today is a perfect day for it. When it comes to personal relationships and communication. I hate loose ends. I hate not knowing. I hate unfinished business. I would rather someone tell me that they hate my guts and never want to see me again then to cut me off without a word. In the former, at least I know where we stand. The latter makes my brain work overtime trying to figure out what is going on and exactly what is happening. HATE IT!

I was involved romantically with a person that just left me hanging recently and it is killing me. He had a pattern of doing to this me. The pattern went like this. Woo, Emotional Distance, Argue, Seperate, Apologize, Repeat. Usually between the seperate and apologize would be a concerned call from me going "what's up with you?" He would often try to rationalize his behavior before realizing that I'm a good guy and he jumped to some awful conclusion about me so he needed to apologize and woo me again.

This pattern was recently broken by me when I realized that I was the chain between Seperate and Apologize. During the Seperate phase I would constantly make excuses why he was acting so irrational. Knowing that he had some bad dating history I would be the peace maker and reach out to see what was going on with him. During the course of our conversation he would realize...well, we already covered this.

Recently, it happened again. I think we were on cycle number 3 or 4. We were between Emotional Distance and Argue. Noticing this pattern, I decided to call it out. First, I asked verbally if everything was all right. He was starting to pull away. He assured me that everything was fine. But the distance still grew. He stopped calling and texting even when he said he would. I sent the guy a text with the following message: "What's up? Do u not want to hang with me anymore? If so, just let me know. No hard feelings just please don't leave me hanging." He replied "what's with the dramatics?" I replied back that were no dramatics. I was just being direct. He didn't reply. That was over two weeks ago.

Last night, I had a dream about him. I woke thinking of him.

I won't lie. I still like him but I can't continue this pattern of making him think it is okay to blow me off until I make things right. Especially when you consider that the impetus of it all was his lack of attention towards me. That my crime in the matter was reaching out to ask the simple question, "what's up?"

It is taking every fiber in body not to call, email, or text him today. I really want to know that he is safe. But why should I be so concerned with someone that doesn't have the balls to pick the phone to check on me? Where is the concern for my feelings? Where is the simple courtesy of just saying "You drive me crazy! I don't want to speak to you again."?
Posted by Pip at Tuesday, November 30, 2010 No comments:

Does Your Mama Know? 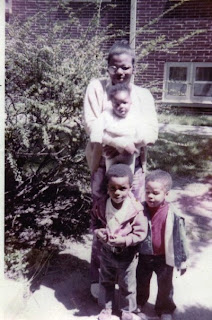 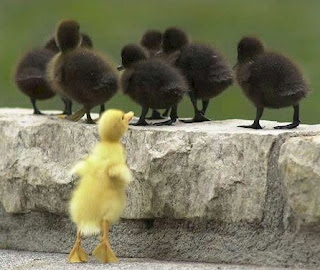 I was following a meme on Facebook regarding RuPaul's Drag Race when all of sudden one of the posters claimed that RuPaul was a racist. That the only way to win the show was to be black. I was taken back. Had I read that correctly? Was the writer actually accusing a gay show with one of television's few black Host/Executive Producers of racism?
RACISM?!? people making this far fetched accusation need to get an education on racism because they obviously don't understand what the word means. First of all, if the show was racist there probably would have been only people of color/or blacks as contestants. Whites would have been shut out entirely or at least to the barest minimum. So, I think the term these peeps are looking for is "racially biased" which is actually different from racism. And even if they used the term racially biased they would be full of crap.
These reverse racialists (like Tea Party members) quickly forget very recent history. They have forgotten that the first contestant booted from the multi-racial show was a black contestant, Shangela. If the show was truly racially biased then she (as well as Mystique and Sahara) would have been allowed to stay longer so that Ru and other producers could have picked the perfect black woman to win.
No one was a bigger Pandora Boxx and Jujubee fan than I but I don't think it was racism that took them out of the running for the crown.

BTW, Jujubee is not white, I know. I put that in there to remind people that not only those poor white queens lost.

A big part of the puzzle that the "reverse racialists" are missing is that there is 100s of hours of raw show footage. Things we didn't see. They filmed the whole show in probably 4 weeks. When Tyra won the producers and writers (yes, Reality TV has writers) figured out what is the best way to tell the story. It was all manipulated for TV by the producers (including RuPaul). That's how I knew Raven was not going to win. Her edit was clearly one of the fierce but mean girl. Classic storytelling lets us know that mean girls don't win.
We don't know all the thought that went into who was eliminated and who eventually won. so, let it go peeps. it is a Reality TV show, not a Gubernatorial race. And it is NOT RACIST.
Those of us that have experienced true racism are very offended by the idea.
Posted by Pip at Friday, April 30, 2010 3 comments: 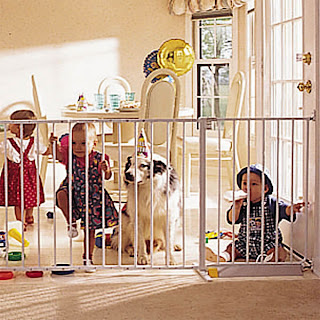 Is it just me or is there something inherently funny about toddlers and dogs in jail?
Posted by Pip at Thursday, April 29, 2010 No comments:

I'm So Jealous of Your Boogie

Last night, I spent two hours talking on the phone with my best friend about RuPaul's Drag Race. It was really serious for us. I'm having DTs since the sizzling finale and the hotter-than-hot reunion show aired. I actually watched both shows twice and will definitely watch the reunion show at least twice more before the week is out.
I'm not sure I can wait for a new season to air. I need Ru and my girls NOW. When does RuPaul's Drag U start? Not familiar...oh then check this out:

Sandy B and Our Brown Bundle of Joy 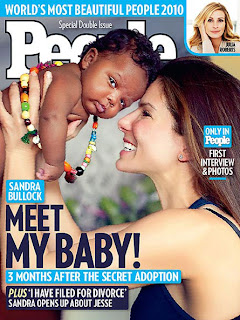 As you can tell by the picture to the left, Sandy B and I have finally had a baby. Now maybe she and I can both find happiness. We can finally be fulfilled as parents since dating/marriage is not working out for either of us.
Posted by Pip at Wednesday, April 28, 2010 No comments:

There seems to be more stories about violence committed towards lesbian women lately. I don't know if this is just coincidence or a very disturbing trend.